God’s Heart for the Nations: A BFG on Mission 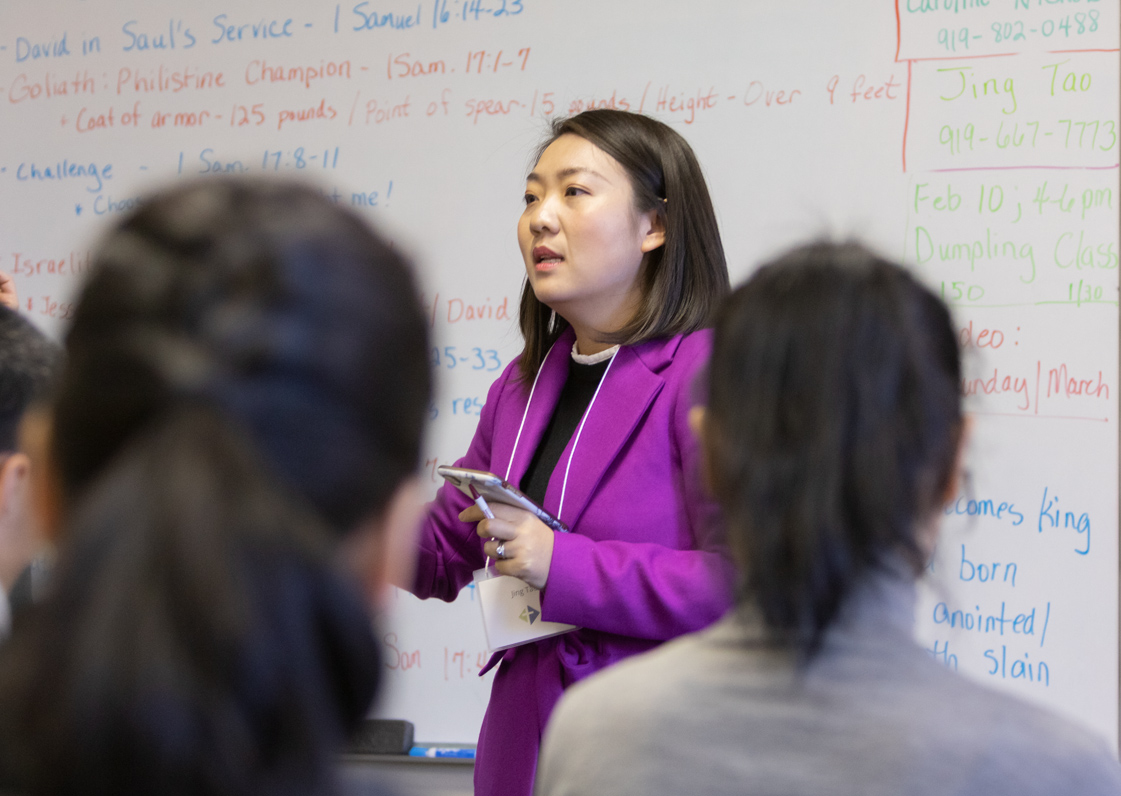 Both Jing Tao and Maomei Wang grew up in China, where Maomei describes, “most people don’t have a religion. They have never heard of the gospel.”

“I had heard about the name Jesus,” says Maomei, “but I didn’t know He was a real person. I thought he was just a fairy-tale character.” Arriving in the U.S. to study, Maomei was invited to church. Studying the Bible was interesting, but she felt she had to have all her questions answered before she could believe.

Jing attended church in California, when she first came to the U.S. She was baptized in 2002, but like Maomei, Jing had many doubts. With no one in her life to help her study the Bible, her questions and doubts grew, and she stopped attending church.

Maomei sees that God was patient with her. Her perspective toward God changed in 2010 when her aunt died at a young age after a battle with cancer. “That really shook me,” she says. “I realized there is nothing in this world we can really rely on—not health, not money, not relationships. We can only rely on Jesus. Only God’s words will not change.”

Jing moved to North Carolina after finishing school. “I felt God never gave up on me. So I came to Salem and then after I studied with Kathy, I had the strong feeling that Jesus—it’s real!” So last year, while visiting Jerusalem, she was baptized a second time, saying “There’s no doubt anymore. I appreciate how Kathy has taught us and made it more clear.”

“Jesus loves everybody. His heart is for all nations.”

Kathy Beckett started the Mandarin Chinese BFG class, that meets Sunday mornings, in 2014. She leads, teaching the Bible in English, as Jing, or Maomei, translates it into Chinese. The class started with Jing and her parents attending. Now the group has grown to almost 30 people. And several class members have been baptized in recent months.

Looking to the future of the class, Jing says her desire is to “show more people, especially Chinese people, that God is not just a western culture thing. I want to show them that Jesus loves everybody. His heart is for all nations, not just for Americans.”

Maomei asks that we pray for the hearts of the people attending their class, that they would open their hearts, accepting Jesus as their Lord and Savior. God’s heart is truly for the nations. Will you join us in this prayer?

This story first appeared in Salem’s March 2019 Update. Tap here to get the March Update!

Previous Waiting for Emory: An Adoption Story
Next 40 Days To The Cross – Week 1

The Lindstrom’s – A Story of God’s Faithfulness

Joe & Loretta Campbell: Whatever it Takes to Make Disciples